At the beginning of 2019, as I have for the past several years, I chose my #oneword for the year: COURAGE. Being just a few months into a leadership role, it seemed appropriate for what I was working on and where I was at. 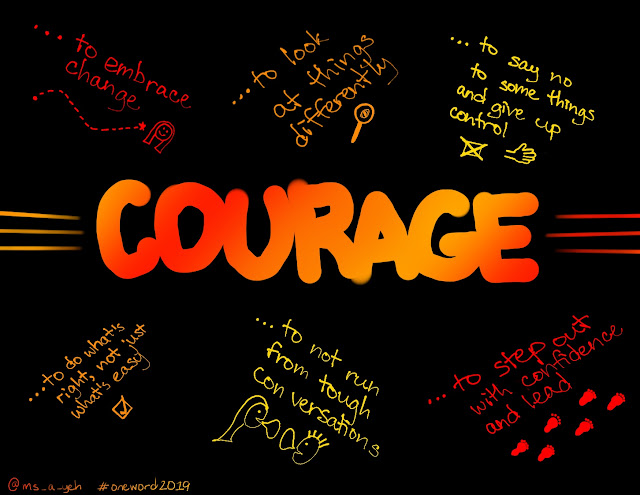 For Christmas, one of my friends gave me a bracelet. It became the symbol of my #oneword2019. If I had a big meeting or presentation that day, or if I knew I would be having a tough conversation, or if I would have to make a decision that would be hard, I would have that bracelet on. It reminded me to be courageous, but also of where my strength came from, and that there were people who believed in me and who were rooting for me. That encouragement meant the world to me, and I would often glance down or briefly touch the bracelet in the moments when I needed courage the most. 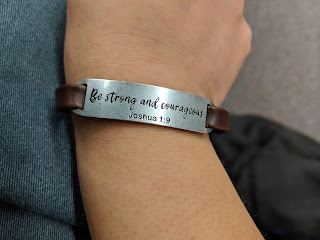 As the year has gone on, my confidence has grown, and I've found myself reaching for that bracelet less and less. I still love the bracelet and the reminder, but courage has become increasingly internalized. Although it might seem small and silly, this has been a tangible indication of my growth this year.

What have I learned?

Nothing profound, really. Just that some things are never easy. There will always be hard conversations to have. Nobody likes dealing with tough issues - not even the people who do it well. They simply have the courage to step into the arena and face them head-on.

I've also learned that, as a leader, some decisions are up to me. I can ask for advice and seek out input, but in the end, I'm the one who needs to step up and choose a direction. And sometimes it's actually more helpful when I do that, rather than leaving everybody wondering and wandering in ambiguity.

Finally, I've learned that courage and honesty and vulnerability often go hand in hand. Being courageous means being real, even when I don't have it all together.

I look forward to continuing my year of courage!