I can't believe 2017 is almost over! As I look back, the #oneword I chose for 2017 was almost prophetic in nature: LEAD.

Even on the surface, 2017 was a year where my career reflected my steps into leadership. I taught and played with my kids one last time in May before jumping into a summer school principal position. Despite being overwhelmed, I learned how to focus on the students in my new role, saw some of the good, the bad, and the ugly, experienced some #eduwins, and did a fair amount of both leading and managing. I then took another step into the unknown by joining my district's ed tech team, which included different leadership responsibilities than I had as a teacher, developed some goals, and ended up presenting at a Google Summit, which was way out of my comfort zone! 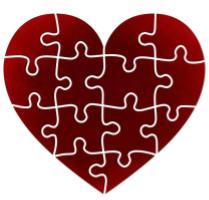 More importantly than my role or title, 2017 brought out a new confidence in me as I learned how to lead in both good and hard situations. I worked to amplify the voice of a refugee student, and gathered my courage when I needed to stand in the gap for some kids. I remember how much my heart was pounding in this moment, and it was a foreshadow of what it is like to choose to enter into difficult situations...for the right reasons!

I reflected on finding joy in relationships, the necessity of taking risks to grow, made room for some gentle reminders about who I want to be, grew in my ability to be flexible, felt the refreshment of being cared for, and found the courage to step into some hard conversations. I took (what felt like) a risk to write about what it means to be #bettertogether and how we often miss that as educators.

I became more comfortable with not knowing what's going on all of the time, and took away some key lessons from my summer that have followed me into this new role. I tried to lead in developing a more healthy work-life balance by making time for quiet, committing to work rules with my #PLN accountability group, and saying NO to work.

How can you sum up a year's worth of learning in one post? Here are some of my top takeaways:

I've had numerous opportunities the past few weeks to practice courage. Most of them are small, nothing I would usually share about - just those little moments that make up a day. But they have put courage on my mind.

Here's the thing: it's never easy.
It's a decision each and every time to take a deep breath and step out and take that risk.
But it's worth it.

This is something I want all students to learn!

How can I expect them to learn if I do not model courage?

This is my commitment - to continue stepping out in courage.
Even when it's hard. Even when it's uncomfortable.
To have those tough conversations.
To not be afraid to admit that I don't have it all together.
To not bury problems - but to deal with them.
To be present and engage.

Will you join me?

Reflections of a Former Music Teacher

This is my first year not in the classroom, teaching music. And while I don't like calling myself a "former" music teacher (I still teach it in different ways), I do have some reflections (more personal than instructional) that have come out of not being immersed in it all day, every day this year!

1. I miss teaching, but I also just really miss MUSIC. I miss those magical moments where everyone hits the downbeat together or the whole section finally plays an F-natural (with no stray F-sharps in there) or where the crescendo builds and you can feel the energy and excitement travel throughout the group. And even that moment where a beginner figures out how to play "Hot Cross Buns" for the first time and they are beaming with pride, because they can play a song! There is something so special and unique about the music classroom.

2. Concert season makes me miss it even more. No matter how exhausting and stressful it is preparing for a concert, it's also exciting and fun! To see hundreds of students getting dressed up and sharing their gift with hundreds more in the audience, to know how big of a deal it is to them...that's a gratifying feeling. I have missed that nervous excitement and energy, especially as December has come around.

3. While I am not teaching in the classroom, I have actually been playing more myself this year. Whether it's playing piano at home or playing violin on worship team at church or sitting in with a blues band for our IT holiday party (blues fiddle?), I've enjoyed the challenge to stretch my own musicianship and get back into performing a bit. I never felt like I had the energy to do this when I was teaching, but now, I am craving it!

Music teachers: You have an amazing job.


I know it's exhausting, and I know the never-ending stream of emails.sounds.repairs.budgets.questions.grading.planning.equipment.concerts.traveling.sound equipment can get to you. Not to mention the feeling that some people, whether it's administrators, fellow teachers, or parents, don't take your class seriously because "it's just music". Let me tell you...it's not "just" music, it's magic. It's special. Enjoy it!

[And know that I'm cheering you on as you finish up the last of these concerts!]
Posted by Aubrey Yeh at 6:09 AM No comments:

Emotionally, I feel like I was hit by a train last week. You know those weeks (we all have them!) where nothing seems to be going right, everything feels hard, and little molehills feel like giant mountains? Yep, that was me last week. It's not fun. But that's not what this blog is about.

In the midst of my struggles, one of the things that made the biggest difference was a friend pulling me aside and checking up on me. Honestly, I didn't want to talk about it, and that was okay. What spoke even more strongly to me was the fact that she asked. She noticed. She cared. It had nothing to do with what was stressing me out, but it still made a difference.

I think that asking someone if something is going on actually takes courage - I mean, if someone is acting like something is wrong, and you ask them about it, you are willingly entering into a place of struggle or frustration or sadness or [fill in the blank]. How many of us like to be there? Not many. Going there willingly shows that the relationship is more valuable than the discomfort of being there.
Thank you, friend, for being willing to be in that place with me, even though I couldn't articulate what I was feeling.

It is also an act of vulnerability and putting yourself out there - what if the person says they are fine? What if they are offended? What if they get mad? There is the risk of you looking silly or even regretting that you asked. Is it even worth it to try?
Thank you, friend, for showing through your actions that our friendship is worth more than these risks.

Sometimes, it's the little things that matter the most.

As I've reflected on how much I appreciated this moment, my thoughts turn to the kids in our classrooms. Do all of them have someone who notices when they are down? Does somebody take the time to ask about it, to check in, and to really listen to their answer? Sadly, I think the answer sometimes is no. I challenge you to change that.

Obviously, we cannot take the time to be this intentional with every single person every day. But if you see something that makes you wonder what's going on...I challenge you to ask. Circumstances may not change, but your simple question may turn someone's day, week, month, or year around!
Posted by Aubrey Yeh at 5:15 AM No comments:

Embedding a Digital Platform BreakoutEDU Game on a Google Site

Since the release of the BreakoutEDU platform, I have been in several conversations about how to use the digital game creation tool. The locks look slick, and the mechanism for entering combinations is great! However, one of the downsides I have heard is that the platform design can take out the challenge of figuring out which clue goes to which lock.

My solution to that? Continue to build my games on a Google Site, and embed the locks page onto there! That way, the clues can still be hidden all around, and the platform just takes the place of a Google Form as the lock box.

I've gotten some requests to post a follow-up to my original screencast (Creating Digital Games on the BreakoutEDU Platform) about how to embed them. Your wish is my command! This screencast shows the steps to embed an already-created digital platform game into a new Google Site.

It is also possible to embed videos into the classic Google Sites, but it's a bit less intuitive. Feel free to reach out if you are needing help in that area!


Have you created a digital game? Feel free to share in the comments - let's learn & play together!